My son really likes control.  I have become expert in side stepping around power struggles with him.  I also like giving him choices.  Not only do they encourage autonomy, but they give him a feeling of having some control, making him more likely to cooperate with my requests.  I usually find this is true when it comes to eating, a potentially endless source of conflict and anxiety for parents.  However, I’ve recently been experiencing the following scenario.

I give him a choice of what he would like for his meal.  He tells me his choice.  I prepare the requested dish.  He sits down at the table and looks at it.  He starts to whine and say he doesn’t want it.  How annoying is that?

In one of my less patient moments I tried, “Well that’s what you said you wanted, so I’ve made it and you can sit there until you’ve eaten it!”  Result:  power struggle.  Child refuses point blank to eat food.  I get even more annoyed, resort to bribes and threats about pudding or where we’re going after the meal (I don’t agree with bribes and threats, how has he driven me to this?), they don’t work (I already knew that, so why did I try them?), he eats enough to feed a mouse, then either spends all afternoon being bad tempered because he’s hungry, or I spend all evening stressing about him waking up early in the morning because he’s hungry.  Everyone’s a loser.

On the next occasion, in a wiser, more patient moment I tried a casual, “Oh dear, that’s a shame” and carried on washing the dishes.  Child whined for a further 30 seconds, then ate food.  Brilliant.  (I managed to refrain from making any smart arse comments along the lines of “I told you so”, or “Thought you said you didn’t want it”.)

On the next occasion, being slightly bemused by his contrariness I commented, “I asked you if you wanted pasta and you said yes”.  Reply: “Yes, but not with cheese on.” (I had grated some cheese on top. I usually do.  He likes it.)  My response, “Oh dear. You’ll have to take the cheese off then”.  Child whined for a further 30 seconds, then ate food.

What’s going on here?  It’s as if he’s looking for a fight. Is he testing me in some way?  I’ve already given him a choice of what he would like to eat, but it’s like he’s double checking; “Am I being forced to eat this?  If so, I’m not going to”.  If this is the case, it’s a great example of coercion provoking counterwill.

Whatever it is, I’ve definitely learnt not to take the bait.

How a slice of bread changed my life

I have tried various tactics to make my son’s waking time later; blackout linings, making his tea time later, bedtime snacks, warmer bed clothes, fewer bed clothes, toys laid out in different ways to busy him for longer before he comes into our room, various different central heating timer settings, fairy lights on a timer switch that indicate ‘OK to get up’, then ‘OK to come into Mum & Dad’s room’……Nothing has really worked.

As soon as he was old enough we started leaving milk out for him to drink when he woke up.  After all, I’m always thirsty when I wake up.  But this was never one of my delay tactics, just something I thought he should have.

A few weeks ago, we added to this a slice of bread.

The first morning, I awoke in a sort of panic.  Where is he?  Is he OK?  Apparently he had got up, eaten his bread, then gone back to bed and dozed back off to sleep.

Every morning since then he has either done the same, or if he has not gone back to bed he has played happily in his room until we get up.  Sometimes for an hour or more.  (and this is a child who never plays on his own)

This is too good to be true. Could something so simple as a slice of bread really have ended the era of the early morning wake up which I was expecting to continue for several more years?

I feel so much more rested, less grumpy and able to face the world.  Why did it take me so long to think of something so basic?

Change the situation, not the child. 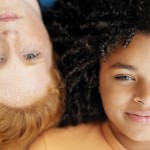 Advice I recently read in a book by Gordon Neufeld, Ph.D., and Gabor Mate, M.D., “Hold On to Your Kids“:  “It takes a truly adaptive parent to sense the futility of harping on behaviour and to stop railing against what the parent cannot change……It takes a wise parent to focus on what the child is reacting to: the circumstances and situations surrounding the child.  In other words, a parent must first let go of trying to change the child.”

This was written in the context of a natural discipline technique, but was something I found helpful to keep in mind when my child unexpectedly started crying at school drop off times.  My child has attended pre-school for a year, and never cried at drop off time. It is a situation I studiously avoid, by being very careful about settling in arrangements, so it was to my surprise and great discomfort to find myself in a situation where my child was being forcibly pulled away from me by a less than sympathetic adult, leaving me feeling I had little choice but to walk away and hope for the best.  Walking away from my child when he is crying, however, does not hold any place in my parenting philosophy, so I was determined to find a solution to avoid a repeat of this scenario.  Reports from my husband the next day of a similar experience left no hope that it was a one off.

Since my child seemed fine on collection, and continued to assert, as he has always done, that he likes school, I felt the problem must be something about the drop off arrangements.  What was different from pre-school?  At pre-school the parents went into the classroom with their child, settled them into an activity, and left whenever they were ready.  At school, the children line up when the teacher appears at the door, then go in alone, leaving the parents outside.  This makes the separation much quicker, and takes away any flexibility regarding the exact moment of parting.  My child likes to feel he has control over things.  Could this be the key?

The next morning I told my son that he did not have to get in line when the teacher appeared if he didn’t want to, that we could hide round the corner then run out and shout boo at the last minute, or that he could just get in the line, or go in, when he was ready.  He liked the idea of hiding and shouting boo, so we did this.  I feared he would try to extend the hiding bit in order to delay the parting, but not at all.  He ran out, shouted boo, joined the line, and went in happily.  The next day we didn’t need to repeat the hiding game, but he just took a few moments to decide to join the line.   This occurred some weeks ago, and we have not had any tears since.  A subtle change to the situation was all he needed.

Has anyone else had success with changing a situation?  Or any other school drop off experiences?

My stories | Tagged: crying at school drop off |