Sir Michael Wilshaw’s answer to the poor literacy standards in our country’s schools brings to my mind an image of a man repeatedly trying to force a door open without taking the trouble to find out what’s stopping it from opening in the first place. Not only that, but there are other people all around him who have managed to open similar doors, and people who have taken the time to look into why the door won’t open, and are offering advice. Yet, he just ignores them all and keeps on forcing. More force must be all that’s required.

Hundreds of primary schools are failing to reach the current target. Wilshaw’s answer? – Raise the target. I may be missing something, but I confess I am totally unable to see the logic in this.

A recent Ofsted report finds that since 2008, there has been no overall improvement in primary pupils’ English learning. You would think this would be a clear indication that what we’re doing really isn’t working. Wilshaw’s answer? – More of the same.

“..…if they can’t read securely at seven they struggle to catch up as they progress through their school careers.”, says Wilshaw.

This may be perfectly true of children in the UK state education system, but in other countries, that don’t even start formal literacy learning until age 6 – 7 (ie: the majority of other countries in the rest of Europe!), they seem to be doing just fine. Wait, they’re actually doing much better.  But the government continues to ignore this remarkable anomaly. Presumably because they just can’t understand it.

“Having a strong grasp of literacy needs to start with the youngest pupils”, Wilshaw goes on.

Not according to the Cambridge Primary Review, which says there is no evidence that an early introduction to formal learning has any benefit, but there are suggestions it can do some harm.  They suggest extending the foundation stage to age 6, and examining the “feasibility of raising the school starting age to six, in line with these changes and international research and practice.”

In a summary of the problems with current arrangements the report finds, “children’s statutory entitlement to a broad and balanced primary curriculum compromised by the national tests and strategies”, “excessive micro-management by government and the national agencies” and “the dislocation of mathematics and, especially, English by the national strategies for numeracy and literacy.”

The final report was published over two years ago. And this is just one report. There’s plenty of other evidence out there to support some major changes. When, oh when, will the government start taking this seriously, and give up trying to force that door open? 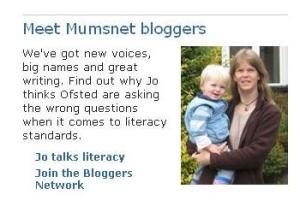 This entry was posted on Friday, March 16th, 2012 at 3:09 pm and is filed under Media & current affairs, School & nursery. You can follow any responses to this entry through the RSS 2.0 feed. You can leave a response, or trackback from your own site.