In his Autumn statement, George Osborne has announced plans to extend free nursery places to 260,000 two year olds.  The money is aimed at disadvantaged families.  Osborne states, “Education, early years learning, this is how you change the life chances of our least well-off and genuinely lift children out of poverty”. 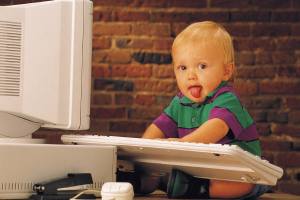 Great.  I live in a country with a school starting age two years younger than the majority of the rest of Europe, with a worrying trend towards young children spending longer hours in private nurseries, and yet despite this we have a woefully poor record when it comes to numeracy and literacy attainment, and have just experienced widespread rioting indicating deeply rooted social problems, and this is the answer?  I don’t think so.

The Telegraph reports, “Following the summer’s riots, there were official warnings that the Government should intervene with very young children to set them on the right path through school.”

I groaned when I read this. This is making it all about education.  And money.  It shows a complete lack of understanding of a two-year-old’s needs. Ensuring infant attachment needs are met is the best way to avoid social problems.  Academic success does not ensure happiness and the avoidance of emotional and social problems later on.  I accept that most of the rioting took place in disadvantaged areas, but if we want young people from disadvantaged backgrounds to do well at school, giving them the best possible early years experience is essential, and putting them in nurseries from age two isn’t the way to do this.

Separating two year olds from their parents in the interests of that parent being able to work for 15 hours week, whilst their child is supposedly educated and stimulated in a nursery, is not what is needed.

Mary Bousted, general secretary of the Association of Teachers and Lecturers, had a good point when she reportedly said: “Today’s changes will not bring back the 124 Sure Start Centres which have closed since the government came into office”.

If the government put more money into initiatives like this, where parents can stay with their children for play, groups and classes, and under 3s can experience that stimulating environment  that the government seem to think is so important, whilst continuing to have their attachment needs met, it would be far more beneficial.

Or how about somehow using this money for tax breaks for mothers who choose to stay at home with their children?  I’m not a politician, so I’m no expert on the practicalities, but I, unlike Mr Osborne it seems, recognise the importance of early infant attachment, and do not believe nursery is what two year olds need.  And I’m not saying no-one should ever put a two-year old in a nursery. Not everyone has a choice. But if the government are trying to create choices for families they need to think harder about what really is the best option for infants.

Once again, the government is working under the illusion that separating children from their parents and starting to ‘educate’ them as early as possible is the way to go.  It isn’t.

Childcare choices for under 3s – childminder vs. nursery.

It is a truth universally acknowledged amongst parents that choosing childcare, especially when you are returning to work after having a baby, is, to say the least, difficult.  Whatever you choose will be second best, a compromise, compared to the loving, sensitive and responsive care you can give your own child.

The childminder or nursery question can be a source of endless debate, but I often wonder  if everyone really gives childminders serious consideration, and I feel it’s a shame not to.

Before having a child, I had never considered the possibility of a childminder, I always thought nursery was just ‘the done thing’.  It wasn’t until I was lucky enough, whilst on maternity leave, to discover that one of my neighbours was a childminder and able to introduce me to a whole network of other childminders operating in my area that I started to consider this as a serious option.  Many parents have heard that a childminder may be a better choice than a nursery for babies.  Something to do with being cared for by one person….

Very young children, it has been shown, need the presence of an ‘attachment figure’ in order to feel safe, and for healthy emotional and social development.  Sir Richard Bolwby, President of the Centre for Child Mental Health, sums this up as follows; “Babies and toddlers in daycare can avoid stress and anxiety if they have a secondary attachment figure who always looks after them. In any situation where they are separated from their parents, babies and toddlers younger than 30 months feel safe only when they are with someone else with whom they have an affectionate attachment bond.”  The negative effects of being left for long periods without the presence of such an attachment figure have also been shown.  Furthermore, these effects are more long than short term, and not immediately apparent.  Bowlby goes on to write, “The chronic stress of repeated separations can show as subtle behaviour and mood changes, but these are easily misunderstood and are often interpreted as babies and toddlers settling in and accepting their new surroundings….. it could become a significant risk-factor that increases the likelihood of children developing emotional problems in the future.”

Despite nurseries’ claims that they can provide infants with this essential bond with a trusted carer through ‘key worker’ schemes and low staff/child ratios, the reality is that many nurseries employ very young and inexperienced staff, and have a high staff turnover.  This compared to childminders who are often mothers themselves, may have been childminding for some time and gained considerable experience, and can provide a stable home from home environment, often makes me wonder why so many parents opt for nursery over childminder, especially when costs are very similar.

A common reason I hear is that parents believe that nurseries are in some way more stimulating, more educational, and the best way for their child to learn to socialise with other children.  However, the pressure group “What About The Children” writes, “Pre-schools or nurseries for the under threes where parents leave their children for long periods are of little or no benefit to children’s emotional development, and can be very negative experiences.” 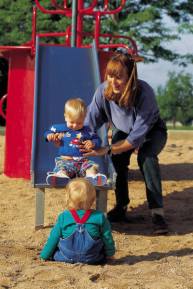 I also wonder if perhaps some parents have a false image of their child sitting in a childminder’s home all day doing nothing, only leaving the house to accompany the childminder on a trip to the supermarket.  “What About The Children” might argue that this would not be such a bad thing as long as the child is getting their attachment needs met; “Very young children need individual attention and love.  They learn good social skills from imitating responsible adults.  It is a myth to claim that being in social groups with other very young children somehow benefits babies.”  In any case, this false image of childminder care is, in my experience, far from the reality.  All the childminders I know have a schedule of activities that they attend everyday of the week, mostly toddler groups, but also local parks, farms, museums and other children’s activities, where the children will receive the stimulation and learning opportunities that they would in a nursery, along with the benefit of getting out and about to different places instead of being stuck in the same old nursery everyday.  The childminder will also have other children that they care for, and their homes are typically well equipped with a range of stimulating activities, rather like a mini nursery.  In addition your child may benefit from the experience of mixing with older children for a short time each day if the childminder collects their own and/or other children after school.

One other objection I hear from parents when considering the childminder/nursery issue is a concern for their child’s safety.  Firstly, they feel their child is safer when confined to a nursery building & grounds, rather than being taken out and about.  This is understandable – it’s a scary thing trusting the care of your child to someone else.  But is it really well founded?  I doubt if there has been any research that shows a higher death or accident rate for child-minded children compared to children in private nurseries. Secondly, they feel uncomfortable putting all their trust in one person.  Choosing childcare is of course a very personal thing, but if you’re lucky enough to find a childminder you’re happy and comfortable with, it could have been well worth the search.

There is of course the convenience factor.  Childminders go on holiday, get sick, and might not work as long hours as a nursery is open. Everyone has different degrees of flexibility in their working arrangements and childminders just might not work for some.

I am not saying all childminders are good any more than I am saying all nurseries are bad.  I just want to expel some common myths, share my own thoughts, and perhaps encourage parents to give more thought to both options.

This article from Nursery World may be of interest.

Also, an article from Annelize Cruz of Free Range Childcare.